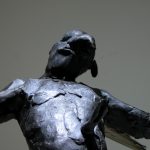 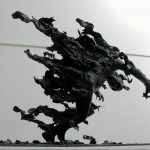 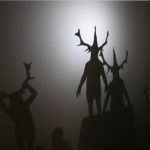 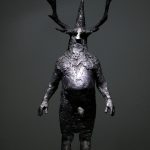 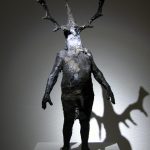 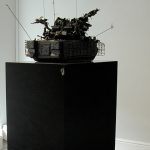 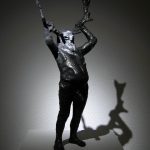 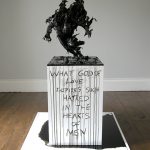 Born in Belfast 1964, Tim Shaw was educated in both Dublin and Enniskillen. Shaw travelled to England in 1984 and studied at Manchester Polytechnic and the Falmouth School of Art (contemporaries at Falmouth included Tacita Dean and Hew Locke).

In 1989, he left art school to work across southern England on various architectural and sculpture restoration programmes which led him to settle in Bristol and work at the Sculpture Shed studio complex until 1991. Shaw then moved to Cornwall and set up a studio on a farm near Falmouth recommencing work on his first major installation, The Middle World, which describes a limbo world of an indeterminate dimension.

From 1991 to 2007, Shaw worked as a professional sculptor and as a visiting lecturer at University College Falmouth. During this time, he exhibited work extensively throughout the UK and Ireland and also worked as a resident artist in Andalusia, Spain, having been awarded a residency by the Delfina Studio Trust. Subsequently, archetypical Spanish themes of the bullfighter and flamenco dance serve as chief inspiration for the subject matter of La Corrida – Dreams in Red. This major body of work led to two solo shows at the Duncan Campbell Gallery in London and the Falmouth Art Gallery.

In 2005, Shaw was awarded The Prince’s Bursary and became resident artist at the British School of Athens. This experience serves as chief inspiration for a series of subsequent works exhibited in a solo show at Goldfish Fine Art in Falmouth (2007) including an early version of Minotaur and a commissioned portrait bust of the Nobel Prize-winning poet Seamus Heaney.

The Kenneth Armitage Fellowship was awarded in 2007. Shaw’s works are in public and private art collections and he is currently short-listed for a major public art commission.